«We were interested in the investigation of financial crimes in many different foreign countries, so we decided to use the experience of the establishment and operation of the Lithuanian Financial Crime Investigation Service (FCIS). It has proven to work really well. «, — noted Grigol Katamadze, President of the Taxpayers Association of Ukraine, former Deputy Minister of Defense of Georgia and Ambassador to Ukraine, sharing his views with lrytas.lt. Not a Ukrainian but a Georgian, has been working for several years to carry out a difficult and extremely responsible mission — to create the Ukrainian FCIS (Financial Crime Investigation Service).

Why is that? Are there no Ukrainians that are committed? Or maybe the Ukrainian businessmen simply do not want an institution that would prevent any possibility of circumventing the law and preventing economic crimes to be created in the country?

«Talking of which, I would like to admit that five years ago I was lucky — I was elected president of the Taxpayers Association of Ukraine. Ever since, step by step, I have defended, in principle, the two most important issues: first, the creation of a very accurate tax model that will allow both local entrepreneurs and foreign investors to work in Ukraine. Secondly, I would like to create a new joint institution — FCIS. The most important thing is that the FCIS is delegated with the activity that is related to financial crime, from all law enforcement agencies currently operating in Ukraine. In other words, to concentrate it in one new institution, because at the moment the principles of activity that have existed since Soviet times are being adhered to,” by Grigol Katamadze.

– Are  The OBKhSS (Department Against Misappropriation of Socialist Property) of Soviet times still operating in Ukraine?

– Today, the problems of financial crimes are dealt with by both the state security services and, in part, by the prosecutor’s office, the police and the tax police. This means that up to five or six officials of special services “can knock on the doors” of entrepreneurs.Therefore, in order for entrepreneurs not to feel constant pressure, it is necessary to «take away» from law enforcement representatives those levers of activity that are neither necessary nor characteristic for them.The police and other law enforcement officers really have a lot to do, there are a lot of problems. I am convinced that there is an urgent need to create such an institution, which is based on research and intellectual intelligence. An institution similar to the Lithuanian FCIS should be both investigative and law enforcement to pave the way for financial crime cases to be tried in court.

— The Lithuanian FCIS is subordinated to the Ministry of Internal Affairs. Would you create a service of similar subordination in Ukraine?

— Lithuania, having restored independence and created its democratic institutions, is way ahead of Ukraine of today. This, of course, led to Lithuania’s accession to the European Union (EU). However, Ukraine is still looking for its way in this area, so it would be very important to maintain the right balance. In my opinion, the FCIS in Ukraine should be independent of politicians. At present, of course, there is enough political will to create it. Moreover, President Volodymyr Zelensky stressed out the importance of this institution in his election program.

—Would Ukrainian businessmen like the FCIS to be created in the country?

— While in many European countries many new institutions have been created at the initiative of state reformers, in Ukraine the emergence of FCIS  has long been discussed by entrepreneurs themselves.

— The fact that financial crimes are now being investigated in Ukraine by a large number of law enforcement agencies leads to the conclusion that the bribery system may have survived and prospered since Soviet times.

— Of course, the more controllers, the more loopholes for corruption. Therefore, when businessmen talked to the future president V. Zelensky before the election, they stressed that the emergence of FCIS  in Ukraine is vital.

— The first year of V. Zelensky’s cadence has already passed. But we still do not hear that steps have been taken to create FCIS.

— I would not be so pessimistic, although I must admit that last year we failed to pass the necessary laws to create FCIS . After almost three months of hard work in parliament, this process has stopped, but is now gaining momentum again. The president has already initiated the adoption of a new bill, which is expected to resume in parliament soon. It is likely that in September it may be adopted.

— How do you assess the remark that, perhaps, President V. Zelensky does not have absolute freedom in creating such institutions as the FCIS, because he is associated with some influential Ukrainian oligarchs who do not really need such a service?

— So far, V. Zelensky’s behavior does not confirm this. On the contrary, the president acted in principle when a law was passed regulating banking, which some oligarchs opposed. With the adoption of this law, the former owners of banks will no longer be able to return them.

— You have lived in Ukraine for many years. During your diplomatic work, you often traveled abroad, so how can you explain how it happened that in such a large country as Ukraine, there is still a financial mess? After all, the country is seeking EU membership.

— That’s a correct remark. If it is declared that the goal of Ukraine is to become a member of the EU, then it is necessary to play according with the rules that are in force there. And if something is promised internationally, those promises must be kept. Currently, there is a fierce struggle, there are those who believe that the FCIS should be built on the basis of the old existing law enforcement agencies.

In principle, I believe that a completely new institution should be created, and competitions for its positions should be organized according to the highest standards. I am also convinced that the Ukrainian FCIS should actively cooperate with similar EU or US institutions that already have extensive experience. After all, today criminals sometimes make decisions much faster than state institutions.

— Because there is no such big bureaucracy in their structures.

— Are foreign investors satisfied with the modern business environment in Ukraine?

— There are foreign companies that do not even want to start talking about investing in Ukraine, because their activities are completely transparent. However, some foreign entrepreneurs have, to put it mildly, adapted to modern conditions. Ukraine is a large, rich country, where many more companies with foreign capital can appear. However, so far some things Western investors are simply unable to understand.

Just one example — currently only 10% of companies registered in Ukraine pay income tax to the state budget! Others cleverly evade such an obligation.

— So how do you punish the other 90 percent of companies?

— No way. The current tax system provides opportunities for so-called optimization, although currently as many as 15,000 officials in Ukraine are struggling with financial crimes. I think that in the new law on the establishment of the Ukrainian FCIS it is necessary to enter that in its structures four thousand workers will really suffice. In addition, the current system for combating financial crime operates in a way that responds to crimes that have already taken place.

In order to significantly change the activities in this area, it is necessary to conduct research on prevention and the current legal situation and legislation that is being prepared.

— Listening to you, the question involuntarily arises: why is the Georgian person carrying out such an exceptional mission in Ukraine and extremely difficult economic and legal reforms?

— I left the civil service in Georgia in 2012. I worked as a diplomat and worked on the Georgian defense system for more than twenty years. Since 2013 I have been living in Ukraine. My life has long been very closely connected with this country — I received my higher education here, I worked here as a diplomat. For the last six years, I have been working not in the civil service, but in a large and influential public organization. Thirdly, the Taxpayers Association of Ukraine elected me its chairman, and earlier this year I became vice-president of the Taxpayers Association of Europe.

However, this is not the most important thing, but the fact that I have been working with a highly professional team for many years, without which it would be impossible to initiate the emergence of the Ukrainian FCIS. In this regard, I would venture to mention one unpleasant story: in September 2018, another presentation of the law on the Ukrainian FCIS took place, in which, as experts, representatives of the Lithuanian FCIS also took part. They wanted to invite colleagues from one EU country, but they flatly refused to come to Kyiv, saying they had already participated in a similar discussion of the law in 2014. and then they were promised that the FCIS in Ukraine would be established in a few months. I have been dealing with this problem since 2015. When Petro Poroshenko was still president in September 2018, I realized the need for immediate action. I may be a romantic, but in May last year, after the inauguration of President V. Zelensky, I realized that Ukraine has a unique chance to carry out vital reforms. As a diplomat, I am well aware that years of hard work are often required to achieve any goal. Therefore, I believe that this team, with which I have been working for five years, will be able to achieve what we are striving for this year: the creation of a Ukrainian FCIS.

Vice President of the Taxpayers Association of Europe

Member of the Supervisory Board of the Ukrayinsʹka Rada Biznesu 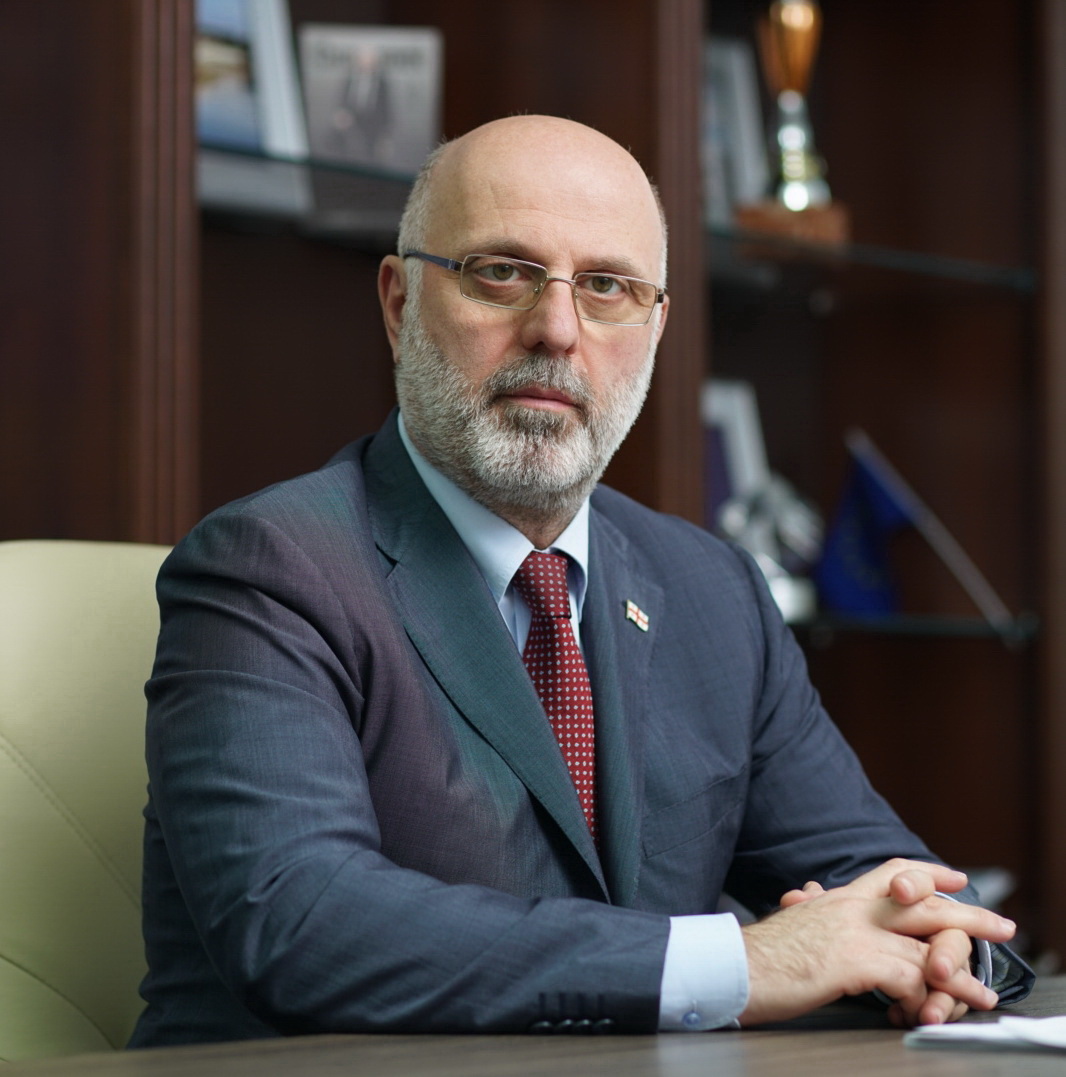